One of the most distinctive features of our area is the windmill which stands on the top of the ridge between Horspath and Wheatley.  Over the years this former derelict building has been slowly restored by the dedicated efforst of a number of local people in our area including Gill and Donald Grey in Horspath.  In 2016 tragedy struck as a sail stock shattered and the mill could not be opened to the public as usual.  This year the mill is once again open for viewing by the public on the following days:

The history of the windmill is sketchy with the Cripps family owning it in 1857 but failed to keep any accounts of its working.  Before then a 1676 may by Michael Burghers shows one mill and then in 1850 a second mill alongside it.  We also know that in 1671 the miller was excused paying a parish rate because the mill was in a ruinous state.  In 1806 John Sheldon bought the mill from John Parrish for £525 but sold it the following year.  It had several owners between then and 1857 when George Cripps acquired it.  In late 1867 Rev’d Edward Elton wrote in his diary that both windmills had been damaged in a storm.  After this only one of the mills was patched and carries on working.  Usually the mill ground wheat but also unusually ochre from the pits on Shotover.  A 1920 postcard shows the mill still in workind order but with one of its sails missing.

The Wheatley Windmill Preservation Society was set up to restore the mill as far as possible to its original appearance and function.  Please see their website for further details of the full restoration project. 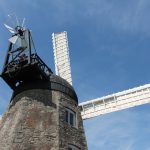 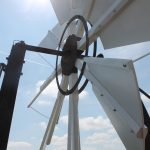 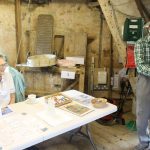 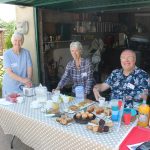 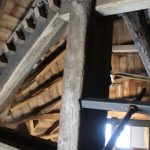 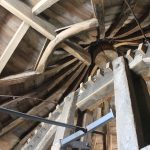 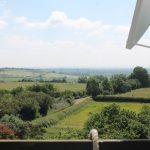 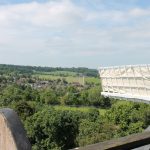