Horspath community came together at the Hub on Saturday 9th February to say farewell to their Vicar Emma.  The Hub team had put on a wonderful high tea which everyone enjoyed and there was a special cake to share.  Amongst the tears, smiles and words of good will, both Shelia Frankum and Brian Lowe gave a speech, one on behalf of the community and the other from the church.  Shelia presented Emma with a photo album of Horspath people, events and memories which was very special.  After Brian’s words, which you can hear below, he gave Emma their present to her.  When asked what she would like from Horspath as a reminder of the village and church, she asked for an icon of St Giles’.  Initial research on the internet brought up nothing, it was then that Maureen stepped in and and mentioned that her husband John was an artist and had painted a number of icons.  He looked up the icons he knew of St Giles and one particular one that he especially liked.  It was with a sense of disbelief that when he looked up where it came from he found that it is in the crypt of Canterbury cathedral, the very icon Emma had sat beneath at her interview and reminded her of her friends back in Horspath, the very icon she had in mind.  It was with great emotion that she received it.

Jonathan was also thanked for the numerous cycle rides he had done for St Giles and was presented with a puncture repair kit.  He was delighted to announce that there would be one last ride, from Canterbury to Horspath.  Katie and Thomas were also given a book voucher and £200 to go and see a show in London.

The tea ended with watching the ‘short’ film that Gareth Malone had made on the Hub and included many people present, not least the interview with Emma which she had not as yet seen.

In the benefice notes the next day Brian wrote:

As a Churchwarden in the Benefice, I feel privileged to be able to write a brief, but very sincere message of thanks to Emma at her departure for the great Cathedral of Canterbury and her new mission there… I cannot pretend to have been surprised by that destination! An event which had to come and which inevitably gave rise to mixed feelings among us all. Gratitude for her inspiring and unifying ministry across our three parishes, and for our having been led and cared for so very successfully over ten years; appreciation of her personal and pastoral skills during her time here among us; thankfulness for her energetic approach to all she has been confronted with – and always with understanding, grace and good humour, underpinned by her priceless common touch…. and finally, sadness as she leaves us, but fortified with our prayers. I am sure I speak for all of us when I say “thank you”. Our very best wishes to you, Jonny, Katie and Thomas as you move on to begin another successful chapter in your lives. God Bless You. Brian Lowe. 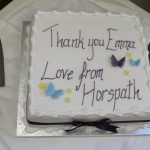 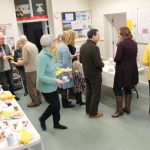 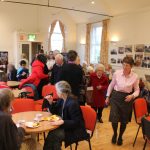 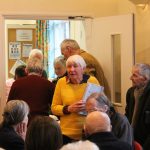 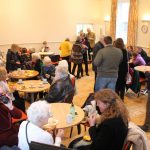 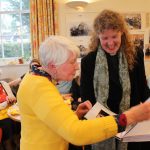 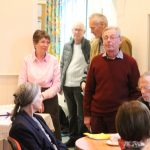 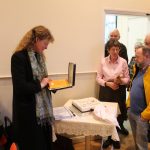 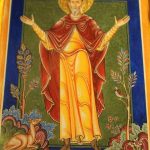