On Friday 2nd February Cactus filming company descended on the Hub for a full day of shooting with Gareth Malone, famous for his work with community choirs.  They were hoping to gather enough footage to make a pilot that could be presented to the BBC to make a forthcoming series on Village Halls.  Gareth met and interviewed a wide variety of people connected with the Hub, from Trustees, to the coffee morning crowd, table tennis players and the line dancers.  Emma was interviewed by Gareth about the role she and the church members played in the transformation of the Methodist Chapel into the Hub and the impact it now has in building community.  If the series is commissioned then they will all be back to do further filming.  We all hope they are successful and the Hub is such a good news story for Horspath and deserves to be celebrated. 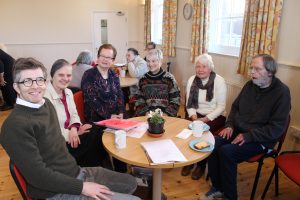 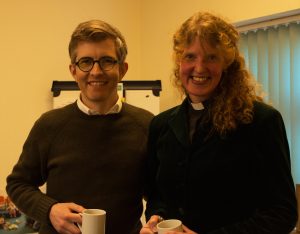