Notes for the discussion held on 25th June 2016 at St Mary’s Garsington.

Religion and war: the two have often been intertwined throughout history.

From the Crusades in 1095 right up to the present day, we’ve seen conflict waged in the name of religion. And while many believe conflicts would still happen without religion and that faith is actually a great promoter of peace, for others the two simply cannot be separated.

From the Bhagavad Gita:

Think thou also of thy duty and do not waver. There is no greater good for a warrior than to fight in a righteous war. [Bhagavad Gita 2:31]

Fight in the cause of Allah those who fight you, but do not transgress limits; for Allah loves not transgressors. [Chapter 2 V 190]

Keep on fighting against them until mischief ends and the way prescribed by Allah prevails. But if they desist then know that hostility is only against the wrong-doers. [Chapter 2 V 193]

From the Guru Granth Sahib:

When all efforts to restore peace prove useless and no words avail, lawful is the flash of steel. It is right to draw the sword. [Guru Goblnd Singh – 10th Guru]

No-one is my enemy; no-one is a foreigner, with all I am at peace. God within us renders us incapable of hate and prejudice. [Founder Guru Nanak]

These five conflicts are often interpreted as having religious causes.

When the US was attacked on 11 September 2001, blame was laid at the door of al-Qaeda and its leader Osama bin Laden, who had previously claimed America had declared “war on God, his messenger and Muslims” and urged all Muslims “to comply with God’s order to kill the Americans”. After 9/11, Afghanistan’s Taliban rulers were accused of protecting al-Qaeda and Bin Laden. The US, supported by other countries, including the UK, invaded.

Their stated aim was to dismantle al-Qaeda and to deny it a safe base of operations by removing the Taliban from power in Afghanistan, where it enforced a strict interpretation of Sharia, or Islamic law. After Afghanistan, the “war on terror” expanded with the invasion of Iraq on grounds which have now been largely discredited. To some, the war on terror came to be regarded as a Western war on Islam.

This violent conflict broke out in Northern Ireland in 1968 and ended in 1998. Sometimes considered a religious conflict, The Troubles was actually a territorial conflict with differing views of national identity and ethnic belonging at its core. The unionist and overwhelmingly Protestant majority wanted to remain part of the UK, while the nationalist, almost exclusively Catholic minority wanted to be part of a united Ireland.

There was also a belief among the Catholic nationalist community that it was being disenfranchised by the Protestant unionist majority. The deployment of British soldiers onto the streets in a bid to prevent conflict between rival Protestant and Catholic groups could not stop the emergence of paramilitary groups who claimed to be defending their respective communities.

Emerging from the wreckage of the US-led invasion of Iraq and the Syrian civil war, the so-called Islamic State, or Daesh, practises an extremist form of Islamism that is dedicated to shedding blood in pursuit of its religious and political goals. The group has held territory in Syria and Iraq and has claimed responsibility for attacks across the globe, including in Tunisia, Lebanon, France and Belgium.

It rejects democracy as a deviant Western ideology and seeks to challenge this not only by attacking what it calls apostate (non-believing) governments in the Middle East and North Africa, but also in the heartlands of Western liberal democracies. The group has told other jihadist groups worldwide that they must accept its supreme authority in order to eradicate obstacles to restoring Allah’s rule on Earth and to defend the Muslim

From 1943, Lebanon’s parliamentary seats and government positions were distributed between religious sects according to their population sizes. In the 1960s, economic inequalities between the Christians and Shia Muslims came to the fore. Changing demographics led to a reconfiguration of the distribution of power. Combined with regional events and the general escalation of the Arab-Israeli dispute, the Lebanese political system broke down and led to the outbreak of hostilities in 1975.

In the early 1990s, the state of Yugoslavia disintegrated through a series of civil wars. After Slovenia and Croatia broke away, Bosnia passed a referendum for independence, leading to a conflict involving Bosnia’s Muslim, Serb (predominantly Orthodox Christian) and Croat (predominantly Catholic) populations. With strong backing from the Serbian government and extremist groups in Belgrade, Bosnian Serbs were determined to remain within Yugoslavia and to help build a greater Serbia.

The war was principally a territorial conflict, fuelled by nationalism and ethnic divisions, and was characterised by bitter fighting, indiscriminate shelling, systematic mass rape and ethnic cleansing. This ethnic cleansing saw communities driven from their homes in carefully planned operations, with the most notorious incident resulting in the murder of almost 8,000 Bosniak Muslim men and boys

What do you think?  Come along on Sunday and have your say.

Presented by Justin Marozzi Journalist and historian.  In collaboration with Dr Aaron EdwardsWriter and historian

The next series of discussions are: 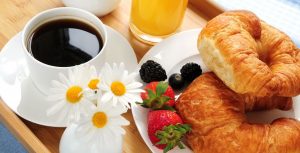 Come and join us on the fourth Sunday for breakfast and discussion, starting at 9.30 a.m. with Coffee/Tea and Croissants followed by an informal discussion at 10 am.  The following topics are:

Can there be forgiveness without remorse? (Matthew 16:13-20)