As you are probably aware, on Sunday afternoon (20th September 2015) and without warning a very large 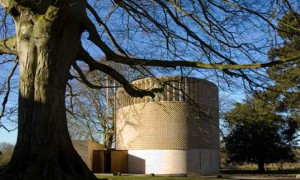 bough fell from the beech tree in the middle of the turning circle at the front of the College. Mercifully no one was hurt and no car or building was hit – it was the day before the students returned – but the shock was considerable, not least because we had an extensive tree survey just a matter of weeks ago, and were awaiting the inspector’s Report.

It was clear that the fall was the result of fungus and rot that had been accumulating within the tree, no doubt for some time, and this has been confirmed by the various experts from the District Council who have been out to visit yesterday and today. This is particularly disappointing as there is every sign that the basic health of the tree, in terms of its roots etc., is good. That said, the experts are estimating that the tree is around 350 or more years old, which apparently represents full old age for a beech, and so something like this may have been to be expected at some point. Indeed, I understand that a fairly large branch fell some years ago on the road side.

As you can imagine, we are devastated by what has happened – as, I am sure, will many residents of Cuddesdon be. We would have loved to save the tree if at all possible but the unequivocal advice of the experts is that to attempt to do so would be dangerous (no one can predict whether or when more branches might fail and the whole structure will inevitably be a great deal less stable for being unbalanced as a result of the damage it has suffered) – and also, probably, unsuccessful. The radical surgery that would be necessary to attempt to save it would be like surgery on an old and frail human patient – very likely to prove fatal.

So with real sadness and deep regret, and on the advice of the SODC Tree Officer, we have taken the decision to have the tree removed and this work is in hand and will be completed over the next two days. The Officer’s Report says this: “The failure has caused considerable damage to the remaining large scaffold due south, and the central scaffold shows evidence of decay and active fungal pathogens. The remaining scaffold to the north has significant bark inclusion on the western side and there is a likelihood of decay progressing down the main stem close to this junction … regrettably I consider there is little other option but to remove the tree to a standing habitat pole and replant.”

As the Report indicates, we will definitely be planning to replace the tree and there will be much thinking to be done about when and with what species (and where, precisely) to do so. I sincerely hope that members of the village community – as well as the College and its friends – will play a part in this decision making. We are also taking care to reserve significant amounts of the timber so that appropriate mementos may be made and shared.

Please forgive me for having gone into so much detail. I was keen that members of the Council and, through them, members of the village should be as fully in the picture as we are here as the tree is in a very real sense the property of the whole community. (We believe that it may have been planted back in the 1670s at the time the bishop’s palace was being rebuilt in Cuddesdon after the Civil War.) I would be very grateful if you would share this note with members of the Council, and will be very happy to try and answer any questions or concerns that they or those they represent may have.