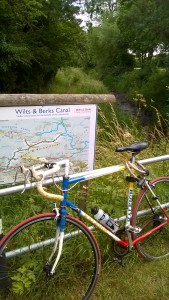 When I was at secondary school, my English teacher once gave a week of morning assembly talks. These five monologues were designed to give us a ‘thought for the day’ or perhaps inspiration for our study. One talk began with this sentence, which I have never forgotten: ‘Happiness is mowing the lawn.’ It was such a striking opening phrase that I think most of the pupils were intrigued to find out what he meant and for him to elaborate on this extraordinary claim. To my surprise, what followed was neither about mowing nor, indeed, lawns!

What Mr Gray proceeded to tell was a story about a labourer who needed to cut his field of hay in midsummer with a scythe. As he expended his energy in each tiring swing of the scythe through the long grass the task was slowly completed, in sweat and toil, with only short breaks for a bite of food or a glug of water. At the end of the day, the workman returned to his cottage, hot dirty and exhausted but with a happy sense of satisfaction and the blissful amnesia of any of his worries.

The message of the talk was, I think, about the benefits of physical effort and endurance for the state of one’s mind. A day of maths, physics and chemistry may be mentally challenging at school, but a day of hard physical work can make one feel most alive. 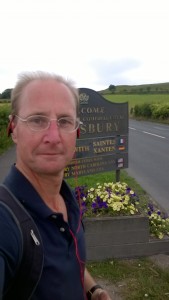 This philosophy was brought back to me as I embarked upon the fifth sponsored cycle ride in aid of St. Giles’ Church, in late July. This one proved to be, for may varied reasons, the toughest, partly perhaps due to the length of the ride, which certainly seemed to be further than my previous cycles to Winchester, Gloucester, London and Warwick. But it may also have been due to the ageing mechanics of my 1980s Raleigh, or the deceptive height of the Berkshire Downs, or the self-imposed deadline of 4 p.m.

However, more than ever, on this ride I found that the harder the burden of effort, the clearer and more   uncluttered my mind became. I was acutely aware of the countryside around me, the streams, canals and meadows, the birds, animals and trees, and the changing temperatures between sunshine and shade. One could not help notice some of the more extraordinary sights: the galloping race horses at Lambourn, the beautiful river Avon, the picturesque village of Ramsbury, the tanks and soldiers crossing in front of me on Salisbury plain and, of course, that great spire of Salisbury Cathedral itself.

Cycling on such a day enables one to live in the moment, to be contentedly preoccupied with the present, albeit the tiredness of my limbs, the sweat stinging my eyes and the filthy smudge of black oil on my right ankle from the chain and cogs.

Is there a name for this focussed, alert and uncomplicated state of mind? Certainly there are other ways of achieving it. I have felt it on a back-breaking day of apple picking in Herefordshire, and a day on the fells in Cumbria, or a long day of digging in the garden. Psychologists might call it mindfulness; Buddhists might call it Zen; and 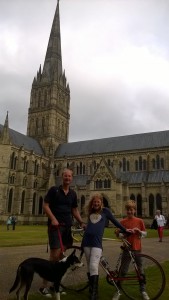 Christians might call it meditation or contemplation, even prayer. Whatever it is, I thank God for it and for all moments in life where we are joyfully caught up in the necessary exertion of the present and in the exhilaration of perseverance. When I am no longer able to make such journeys I shall go to these places in my spirit, mindful of the peace that can be found by living in the present.